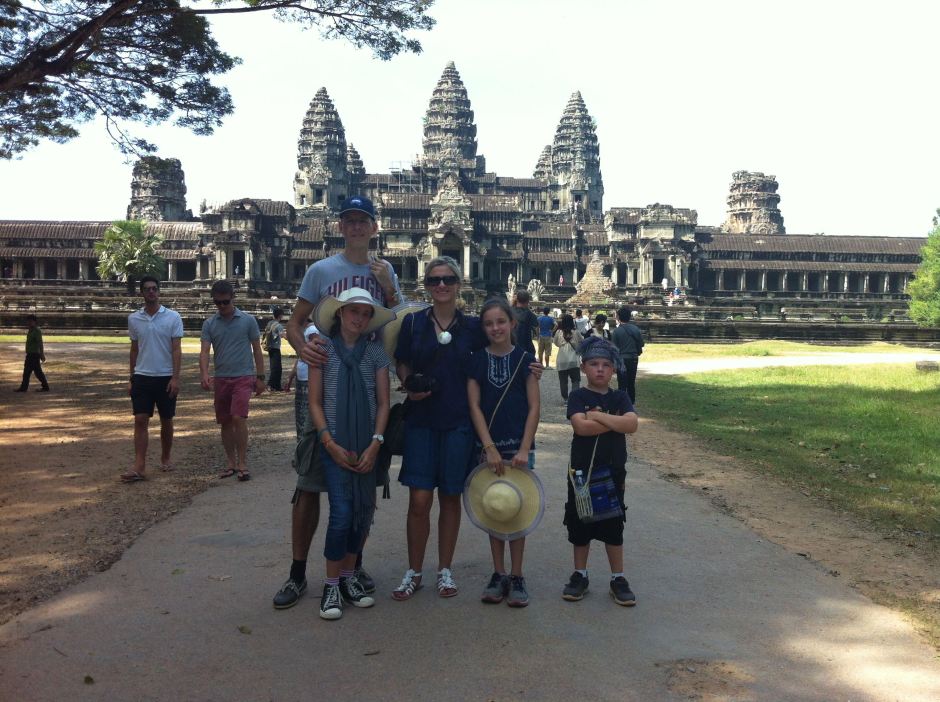 Given my enthusiasm for registering for races, I’m a pretty lousy racer. Every single time I have crossed a finish line, I have complained about at least one (but usually two or three) of the following:

After Angkor Wat Half Marathon last December, I crossed the finish line shivering from low blood sugar, complaining about every single one of the above. Which is of course why I’m travelling all the way back to Angkor Wat this weekend, via Malaysia, to try again. I need to exorcise the ghost of Dec 2013 by which I mean make it through the 21.1km without a dash to the loo.

Lately, I had given up on running a decent race, you know one that reflected my training, and not my sensitive gut, performance anxiety, tight calves, inflamed ITB, pissy posterior tibialias, and the dodgy caps on my fuel bottles. Then when I least expected it, it finally happened. At the Western Australia Marathon Club (WAMC)’s 10km Peninsula Run last sunday, I crossed the finish line not only happy but astounded. I could not think of a single thing to complain about. I had run strong and consistently without a stitch, nausea or shin splint, faster than I had ever run before (48:28 according to Strava) – faster than I had ever thought that I could. Unfortunately there was no one I knew there as I crossed the line to witness this miracle so you’ll have to take my word for it.

Besides the obvious fact that a 10km distance is probably a much better distance for me (and my still tender ITB) than 21.1km, I thought about what I had done this time to see if I could possibly replicate it.

This unexpected PB that has given me a little morale boost after about six months of rehabilitation and self-doubt. In a way, I feel that it gives me license to relax a bit (yeah like pass the personality transplant!) and try and enjoy this year’s Angkor Wat Half Marathon.

The champagne and steak maybe hard to come by in Siem Reap, and the toasted English muffin at some godawful hour may also be unattainable, but I will attempt to warm up and stretch, have jellybeans and working fuel caps at the ready, and not look at my watch as I run. In addition to my multi-excuses last year, the fact that I didn’t make it to the start line in time for the starter gun as the race started 5 minutes early was a bit of a bummer, especially having travelled all the way from Malaysia and making it as far as the portaloo queue with time to spare, or so I thought. The race is starting 20 minutes earlier this year, presumably to allow runners to fall over each other in the dark before watching the sun rise over the temple at the end of their first kilometre. (Yes I’m that anal that I’ve checked the sunrise time for Sunday. Normal, right?). The bonus will be that there are so many people I know travelling from KL for the race that there will be plenty of familiar faces at the finish line. Feel free to start placing bets on which complaint I spout first – I’m thinking it will be: ‘I’m going to stick to 10km races in future’. Let’s see.

4 thoughts on “My new race recipe”