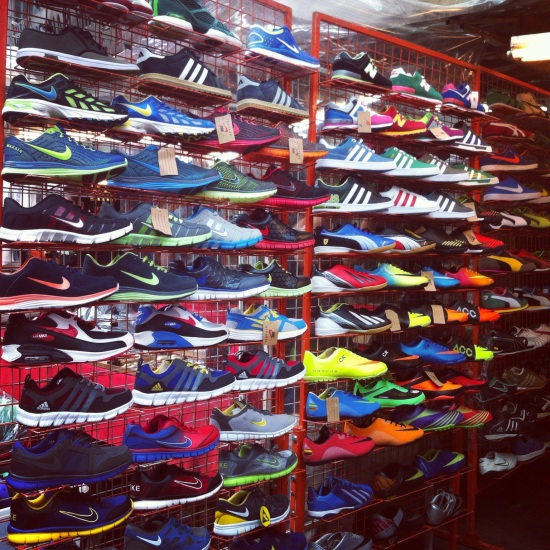 I don’t often tread the tourist path in KL, but my parents are in town, so a trip to Chinatown was in order. I hadn’t been in a couple of years and as this was the first time since I started running, it was the first time I noticed all the running gear for sale. Now, I’d personally never risk my arches nor my ankles with counterfeit running shoes, even if there were fake Brooks on offer which I don’t think there was, but I thought I’d share photos of the apparel on display for which presumably there is some sort of market. ( I have on occasion risked my shoulder with a Mulberry tote but shh don’t tell anyone I’m carrying a genuine fake).

Every time I’ve wandered along the streets of stalls hawking genuine fake handbags, soccer strips and beats by Dr. Dre headphones, I’ve been struck by how friendly the sellers are. Sure they try and lure you into their little stall to show the latest in top quality genuine fake handbags, and they insist then on putting a cigarette lighter flame to the surface of their wares to ‘prove’ that what they are selling is ‘real leather’ – and saying ‘no thank you’ ten times in 20 seconds gets a bit tedious – but these guys and gals are good-natured about polite refusals. As the daughter of a shopkeeper I know this is a tough way to make a living. If you’re in KL, head to Chinatown before 11.00, bargain hard and take all claims of authenticity with a boulder of salt. And if you’re a runner, don’t risk the running shoes. I really don’t think it could be worth it. The handbags on the other hand, well be my guest. 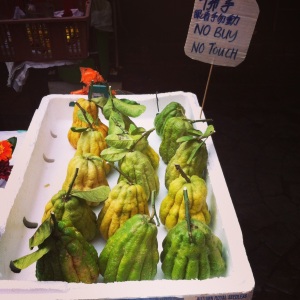